Startup gets funding to build a ‘Stripe’ for visual recognition AI 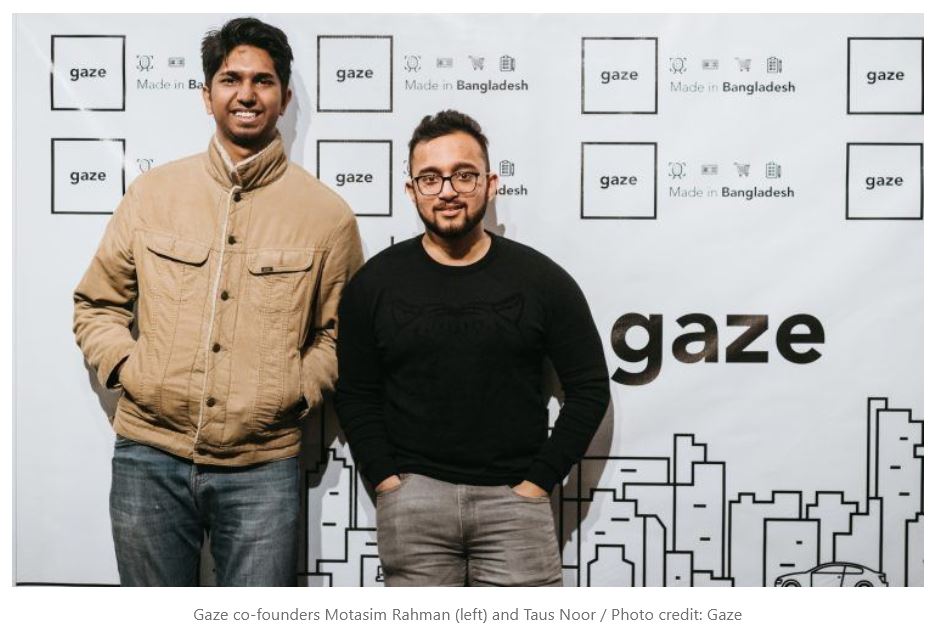 Gaze, an AI startup operating in Singapore and Bangladesh, announced today that it has raised US$830,000 in a seed round from US-based venture capital firm Anchorless Bangladesh and an existing angel investor.

“Our goal is to get any developer to ‘Hello World’ in under five minutes,” Taus Noor, co-founder and CEO of Gaze, said.

How is it different? The visual recognition market already has some promising players such as Singapore’s ViSenze, which is backed by Gobi Partners and Rakuten, and China’s SenseTime, whose investors include SoftBank, Singtel, and Alibaba, among others.

But Gaze said it’s focused on developing an ecosystem of open-source software suites built with its API. According to Noor, the startup has already started reaching out to open-source developers and communities to get them involved. Trying out the API is free of charge for developers.

“We believe our competitors are too focused on B2B sales, ignoring the end-user of the product, who are the developers,” Noor told Tech in Asia. “At the end of the day, open-source communities play the biggest role in defining which technologies really take off at scale (especially for APIs).”

Since launching, Gaze said it has worked with a city police department to help improve traffic management, a defense agency to help secure their headquarters 24/7, and large factories to track daily vehicle inflow and outflow.

What are its challenges? For Noor, the real challenge in the industry is scaling the APIs and other solutions available to empower developers globally. “We also have to make sure that our product is extremely easy to use for anyone with or without any computer vision knowledge,” he added.

In the next few months, Gaze will roll out at least four open-source projects, including a toll monitoring system using automatic license plate recognition and a face recognition-enabled contactless attendance system.