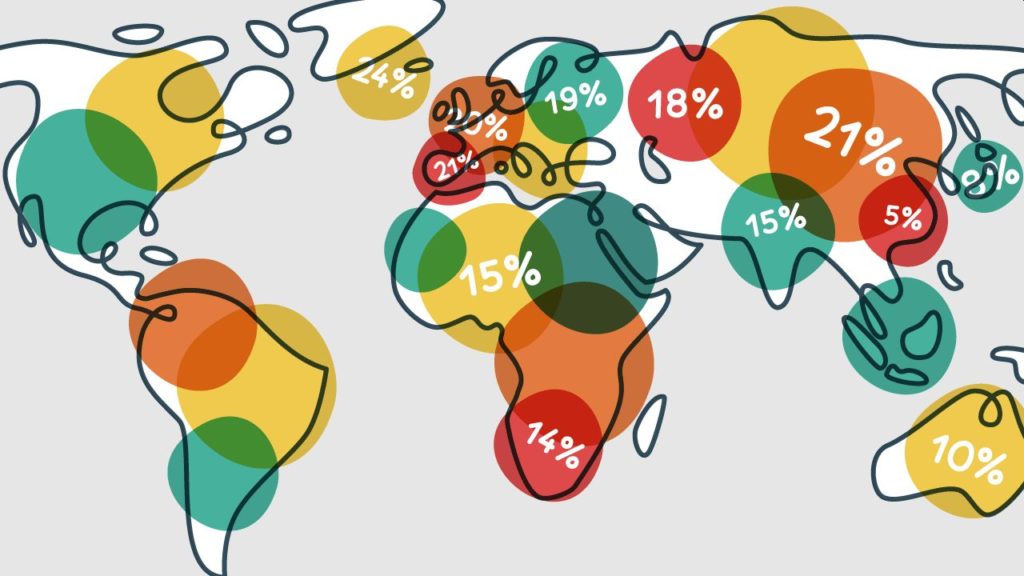 Monday, the OECD released blueprints for proposals on changing international tax rules alongside an impact assessment based on the overall design of the proposals. While the blueprints cover proposals both for changing where large multinationals owe corporate tax and designing a global minimum tax, there are still many unanswered questions.

The OECD has been working over the past two years with the goal of having agreement on new international tax rules by the end of 2020. However, the challenge of conducting multilateral negotiations during a pandemic alongside major differences between some countries have left the work unfinished. The timeline for reaching an agreement now reaches to mid-2021.

In the meantime, other digital tax proposals are moving forward and have the potential to result in a harmful tax and trade war.

See:  The impact of digitalisation on trade

The discussions have settled on two pillars: Pillar 1 is focused on changing where companies pay taxes, and Pillar 2 would establish a global minimum tax.

Pillar 1 would result in some companies paying more taxes in the countries where their customers or digital users are, even if the company has no local permanent establishment in that country. Pillar 2 would give countries more tools to tax the foreign income of multinationals up to a minimum tax rate.

The economic impact assessment reveals estimated effects of the proposals. An estimated $100 billion in tax revenues would be reallocated from current taxing jurisdictions to market countries. On net, between $47 billion and $81 billion in new tax revenue would be raised by the proposals, mostly from the minimum tax rules.

Key divisions on Pillar 1 have arisen as some countries desire the new rules to only apply to digital businesses while others, particularly the United States, want a broader approach. The digital-only approach is becoming common on a unilateral basis with digital services taxes, virtual permanent establishment, and equalization levies being developed by dozens of countries. However, the U.S. is eyeing retaliatory tariffs because digital services taxes disproportionately impact U.S.-based multinational businesses.

The threat of a chaotic tax and trade war has put additional pressure on the OECD to work out a solution. The impact assessment highlights the potential economic consequences of continued implementation of digital services taxes and trade retaliations. While the OECD estimates a consensus on Pillar 1 and Pillar 2 would only have a very slight negative impact on global GDP (less than 0.1 percent of GDP in the long term), the potential damage from continued tax and trade disputes is estimated to be as much as 1 percent of GDP.

The delayed timeline for agreement at the OECD may lead to wider adoption of unilateral and alternative measures in the interim. Spain has recently legislated on a digital services tax. The African Tax Administration Forum recently released a suggested approach on digital services taxes, and the United Nations has a draft treaty provision on taxing digital services that takes a different approach than is envisioned by the OECD. The European Union is also planning to release another digital tax proposal in 2021 after efforts on an EU-wide digital services tax failed in 2018.