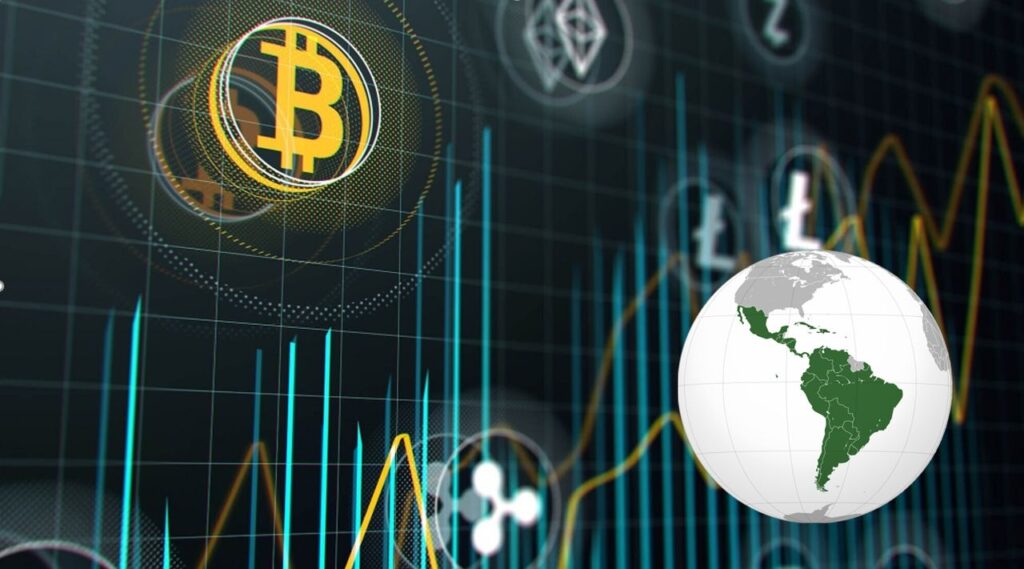 AS/COA | Chase Harrison and Jon Orbach | May 13, 2022
It’s been a rough time for crypto, and some countries in Latin America.  The region saw use of cryptocurrencies rise by 1,370 percent from 2019 to 2021. Last year, El Salvador became the first in the world to approve a cryptocurrency—in its case, Bitcoin—as official legal tender. But the country has lost almost $40 million with crypto since the September 2021 adoption. The value of crypto firms in Latin America grew tenfold from $68 million to $650 million. Still, caution abounds over the proliferation of digital assets due to the kind of volatility we’ve seen in recent days, as well as the potential for criminal use.

The appeal of cryptocurrency in Argentina has largely been due to the instability of the peso, which is experiencing year-over-year inflation of over 55 percent. Argentines once looked to keep their assets in dollars or euros, but crypto flow in Argentina reached $103 billion in 2021. The number of companies paying their employees partly in crypto increased 340 percent over the last year, making Argentina the country with the highest percentage of crypto-paid employees in the world.

The country has yet to introduce major cryptocurrency regulations. Amid central bank concerns of vulnerabilities such as cyberattacks linked to rising use, a March 2022 debt deal with the International Monetary Fund (IMF) included a pledge to “discourage the use of cryptocurrencies with a view to preventing money laundering, informality, and disintermediation.”

Latin America’s largest economy is also its largest crypto market, valued at $27.6 billion a year as of April 2022. That volume makes Brazil a hub for crypto-related venture capital. Latin America’s first cryptocurrency unicorn, Mercado Bitcoin, is based in Brazil and its valuation rose above $2 billion last year.   According to the 2022 Global State of Crypto Report Brazil has the highest percentage of its population owning crypto in Latin America.  Brazil’s Congress is in the process of developing a regulatory framework. On April 26, the Brazilian Senate passed a bill that governs virtual assets, including Bitcoin and tokens.

It’s estimated that more than 100,000 of Cuba’s 11 million citizens use some form of cryptocurrency. That may not sound like a high number, but for a country that only recently introduced mobile internet, it’s a rapid development.  The uptick in crypto usage on the island is related to the U.S. embargo of Cuban economic activity, which blocks citizens’ access to much of the Western world’s financial systems. Virtual currencies are especially popular in Cuba for remittance payments. In November 2020, then-U.S. President Donald Trump banned the use of Western Union, the main company that was facilitating remittances to Cuba. This accelerated the use of sites like BitRemesas to send money to the island.