Lat Am’s drift to China is speeding up 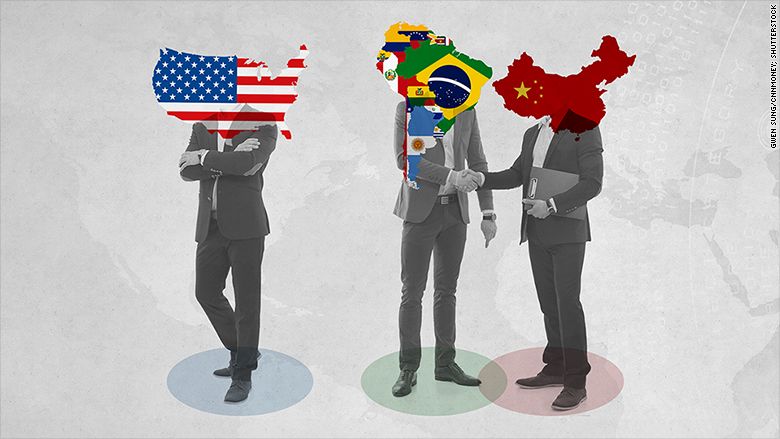 In what can be seen as Latin America’s most important foreign policy development since the Cold War, the region’s drift from Washington to Beijing is speeding up, writes AS/COA’s Brian Winter for Foreign Affairs. Read why the Chinese are being welcomed as “the new gringos.”

Today, Latin America is just as polarized as the rest of the West, riven by bitter debates and Twitter wars over everything from “gender ideology” to how best to revive economies ravaged by COVID-19. But there is one emerging consensus on which many Latin American politicians on both the left and the right surprisingly agree: in the escalating global confrontation between China and the United States, their countries should pursue a truly independent or nonaligned path. This posture, which appears set to deepen following elections this year in bellwether giants Brazil and Colombia, is arguably the region’s most important foreign policy development since the end of the Cold War.

See: The dawn of fintech in Latin America: landscape, prospects and challenges

The drift toward a middle ground between China and the United States began in the early years of this century, well before China had amassed anything like the influence it enjoys today. Just as a long period of alignment with Washington and an accompanying swing toward democracy and open markets began to fray, China began its extraordinary incursion into the region.

Chinese trade with Latin America and the Caribbean soared from $18 billion in 2002 to a whopping $450 billion in 2021, driven by demand for commodities such as soy, iron ore, and crude oil.

In recent years, even right-of-center, pro-American leaders in the region, such as Brazilian President Jair Bolsonaro, Chilean President Sebastián Piñera, and Colombian President Iván Duque, have shrugged off repeated warnings from Washington about the risks of economic entanglement with China and have welcomed a flood of Chinese investment and technology, including equipment for 5G networks in several countries, lithium fields in Chile, and the construction of a new subway in Bogotá.

Just this month, the presidents of Ecuador and Argentina traveled to Beijing, with the former seeking to negotiate a new trade agreement and the latter announcing that Argentina would become the biggest country in the region to date to fund infrastructure improvements by participating in China’s Belt and Road Initiative (BRI).