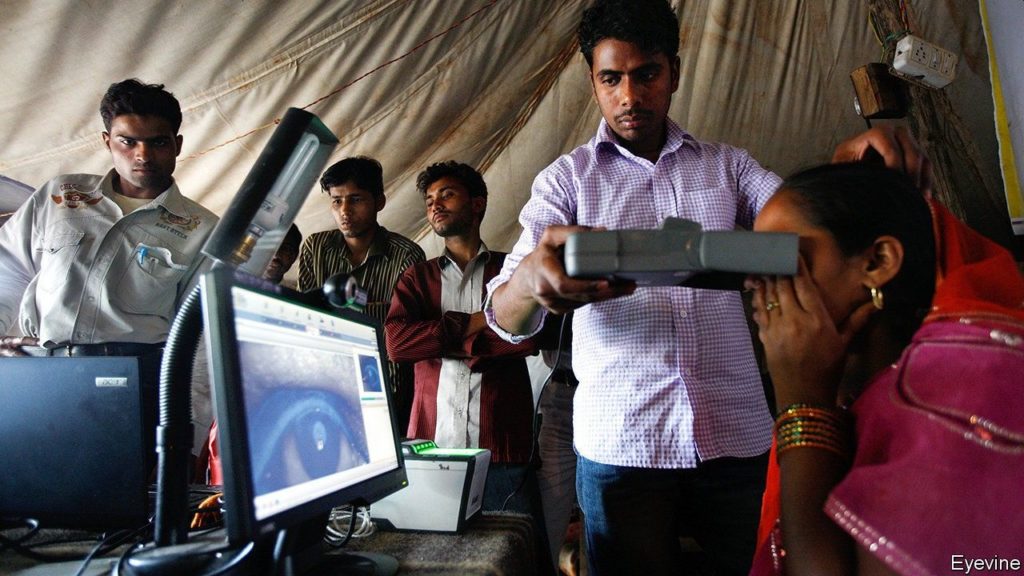 MOSIP, an open-source platform developed in India, will be central to many of those efforts

WHEN MILLIONS of migrant workers were forced by India’s sudden covid lockdown to return to their villages from the cities where they worked, many feared destitution. But Aadhaar, the country’s pioneering biometric ID system, came to the rescue. Under an income scheme for farmers launched in 2014 that would have been impossible without Aadhaar, $1.5bn was transferred digitally and at speed into the bank accounts of 30m people, with little waste or fraud and almost no distribution cost.

Because 1bn accounts are linked to people’s Aadhaar identity numbers, India has been able to channel help to where it has been most needed with remarkable efficiency. Contrast that with America, where 90m paper cheques were laboriously sent through the mail, accompanied by a signed letter from President Donald Trump.

Covid has had a way both of exposing the weakest links in societies and of acting as a spur to innovation. Rich countries without national digital-ID systems can scrape through, thanks to myriad other ways people have of proving who they are—driving licences, credit cards, social-security numbers and so on. But for poor countries, the problem of getting covid-related help to their most vulnerable citizens is made infinitely more difficult when you do not know who they are or what services, such as health care and income support, they are entitled to.

Around the world, 1bn people have no formal proof of identity. More than 80% of them live in sub-Saharan Africa and the less well-off parts of Asia. Less than half of African children under five have their births registered. The poorest, women and those living in rural areas are least likely to have officially recognised IDs.

Something as seemingly straightforward but critically important as a vaccination registry to record who has had a jab and who has not, is easy to set up if you have a foundational digital-ID system to build it on, but much harder if you do not. Nandan Nilekani, the co-founder of Infosys, one of India’s largest IT-consulting and systems-integration firms, and the driving force behind Aadhaar, believes that the system will be crucial to authenticating digital certificates as a proof of vaccination.

Many governments in Africa and Asia have been inspired by the success of Aadhaar, which since its inception in 2009 has enrolled 1.3bn people. It has streamlined the delivery of services and payments, cut corruption, boosted financial inclusion and hugely raised participation in India’s digital economy. Before covid struck, encouraged by the launch of World Bank’s ID4D (“Identification for Development”) programme, which started in 2014, countries such as Morocco, the Philippines and Myanmar went to Delhi in search of help. But there is now a new sense of urgency.